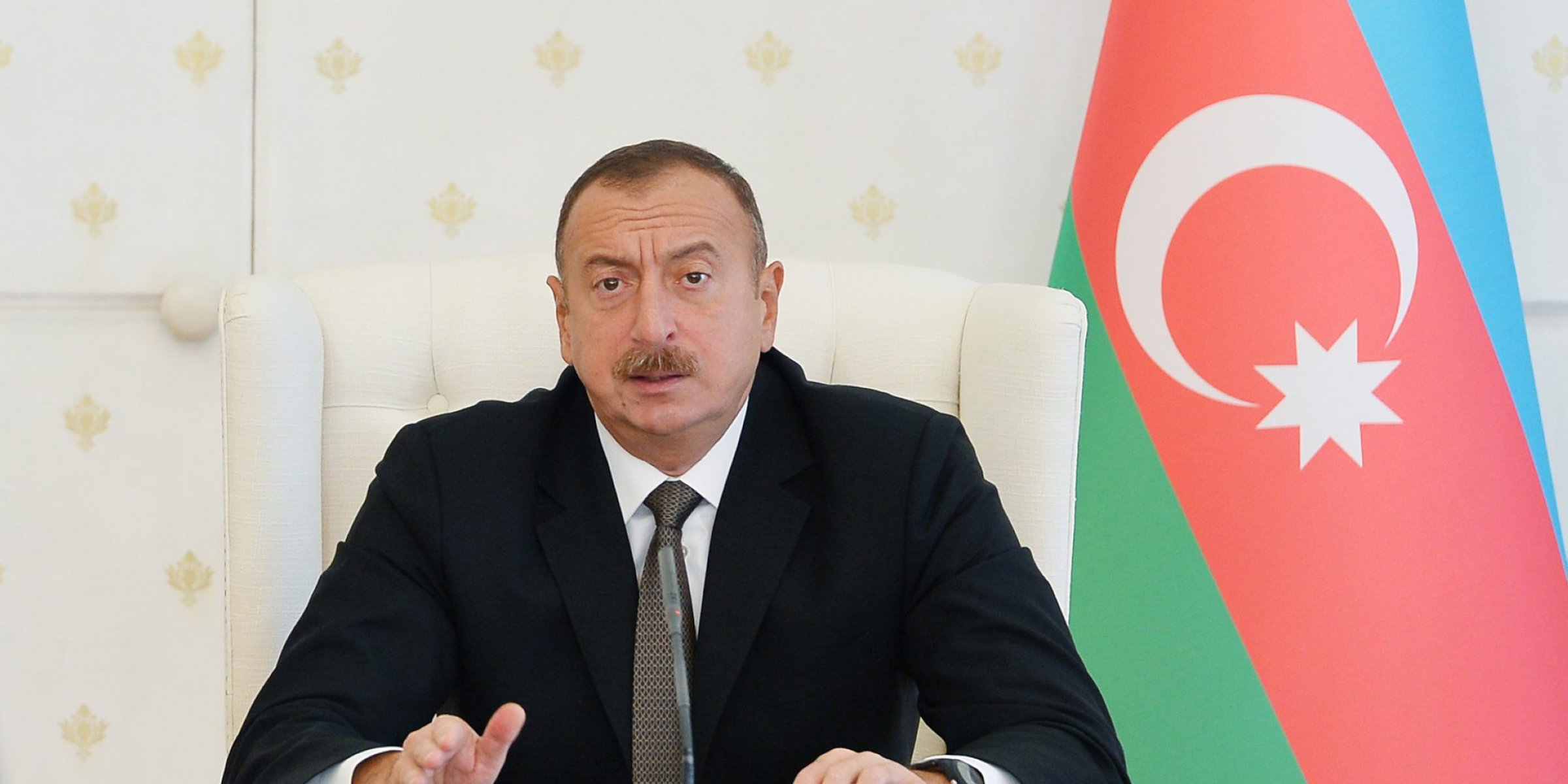 Azerbaijani President Ilham Aliyev thanked Turkey for its full support and solidarity regarding Nagorno-Karabakh, as he said his country will not take a step back in the face of flagrant aggression by the Armenian military.

He noted that the military has immediately retaliated against the Armenian attacks in the Tovuz region, which killed 11 Azerbaijani soldiers near the border. A 76-year-old civilian was also killed in Armenian attacks, according to the Azerbaijani president.

“This demonstrates that Armenia is a fascist state,” Aliyev said.

“Armenian forces have not been able to step a foot on Azerbaijani land, and they will never be able to,” Aliyev said, adding that Azerbaijan would have taken control over a large area in Armenia if they wanted to, but they never had such ambitions.

The Azerbaijani president continued by saying that his people are sick and tired of pointless negotiations on Nagorno-Karabakh.

“Our people’s patience is running low. We’ve formed a strong army and will not take a step back regarding Nagorno-Karabakh. Azerbaijan’s territorial integrity must be facilitated, and we are determined to ensure it,” Aliyev said.

Aliyev also criticized the country’s Foreign Minister Elmar Mamedyarov for not taking concrete action and his stance on the clashes. Mamedyarov resigned shortly after the criticism.

Expressing his thanks to Turkey, the Turkish people and President Recep Tayyip Erdoğan, Aliyev said the whole world has once again seen the fraternity between the Turkish and Azerbaijani people.

Turkey was one of the first countries to condemn and warn Armenia to respect the territorial integrity of Azerbaijan, while Turkish officials said they will stand by the solution Baku prefers to solve the matter.

“Azerbaijan is not alone. The Republic of Turkey and the Turkish people are with Azerbaijan with all our capabilities,” Foreign Minister Mevlüt Çavuşoğlu said Monday.

Nagorno-Karabakh, an internationally recognized territory of Azerbaijan, has been illegally occupied since 1991 through Armenian military aggression. Tens of thousands of civilians and soldiers have been killed in the Karabakh conflict since 1991, and some 20% of Azerbaijan’s territory remains occupied to this day. International efforts to settle the conflict have stalled.

Azerbaijan’s Deputy Defense Minister Karim Valiyev said that during some fierce battles on the border at least 100 Armenian troops were killed and a large number of military equipment destroyed.

Officials from the Tovuz region called on the international community and OSCE Minsk Group to respond and strongly condemn the Armenian military assault on civilians in Azerbaijan.
The ongoing clashes are far from Karabakh and are directly between the two Caucasus states, which rarely happens.